Alicja Kwade’s works revolve around themes such as time and perception, fiction and truth – and the question of what is considered as such in our media-filtered reality. Kwade’s subjects often derive from films or photography, for example again and again she studies newspaper reports or letters used in films and challenges their documentary character. She examines physical phenomena such as the traces that become visible in long exposure images of a motif, raising the question, which reality is being captured in the picture. The idea of creating opportunities to physically experience time, Alicja Kwade once said, is the main force driving her in her work. In her sculptures and installations, she uses a wide variety of materials and techniques: She has stones collected off the street sanded and polished into glittering wayside jewels; rows of desk lamps multiply and refract in mirrors placed between them, creating parallel worlds that are open for interpretation.

Alicja Kwade was born in Katowice, Poland in 1979. She lives and works in Berlin. 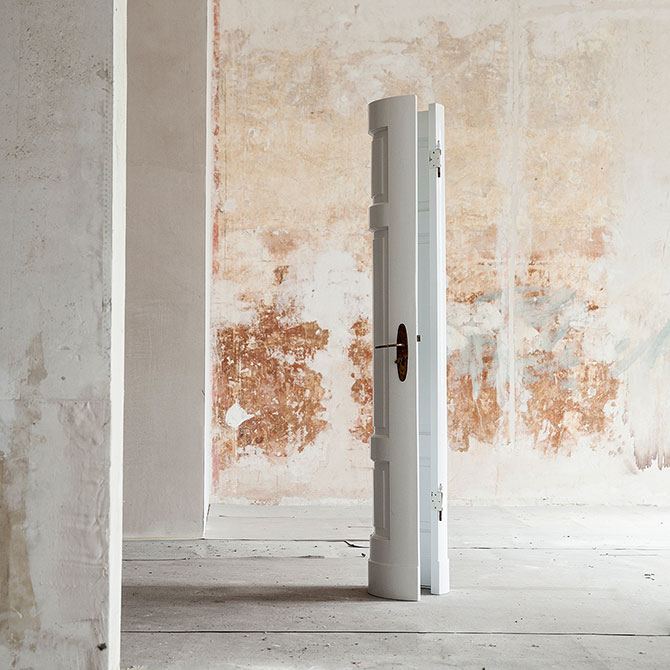