In their two-channel video projection “Not the Many, the One”, Verena Friedrichsen and Kathrin Thalmann refer to the biblical story of the two sisters, Mary and Martha, from St. Luke’s Gospel (Luke 10,38-42). In Christian iconography, the two sisters are an allegory for the terms originally taken from Greek philosophy of the Vita contemplativa and the Vita activa. The artists transfer this interpretation to the social phenomenon of restlessness and agitation. Friedrichsen describes the figures this way: “The portrait of Mary, the portrayal of contemplative life, shows that this doesn’t mean doing nothing, but instead the utmost concentration. Mary completely goes along with this. The Many becomes quiet and the One can speak. In this way, she finds peace and harmony. She succeeds in recognizing what is essential.” Aside from the portrayal of the two women, nature is also shown in its slow natural decline. Vegetable forms and states point to the rhythm of nature. The garden as the “hortus conclusus”, a place for the soul to indulge in peace and concentration, becomes clear. Symbols such as the falling wine glass are intentionally used, standing for images overreaching culture and time.

Verena Friedrichsen was born in 1977, Kathrin Thalmann in 1975, both in Munich. Both live and work in Munich. 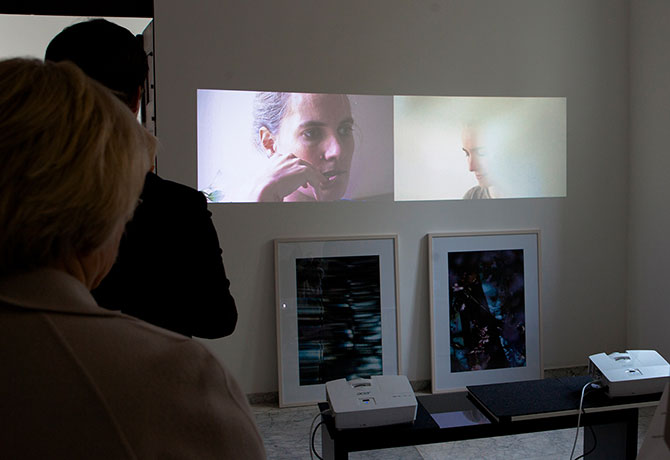