In the first KAT_A exhibition, the contemporary art in Andra Lauffs-Wegner’s collection left its private sphere and for the first time entered into a dialogue with the broader public. The exhibition showed works by Ólafur Elíasson, Jeppe Hein, Anna K. E., Alicja Kwade, Michael Sailstorfer and Tatiana Trouvé in the large exhibition space, in the chapel in Haus Hedwig, as well as in the historic park. The works, mainly installations and sculptures, revolved around themes such as fiction and truth, and the question of what is considered as such in our media-filtered reality. Deconstruction and deception lead to new pictorial contexts and thus to new associations and levels of meaning. Through the interplay of indoors and outdoors, the spectrum of its effect was intensified and expanded by nature, artificiality and time. In connection with space and nature, the phenomenon of perception and common attitudes of expectation could be viewed and experienced in different ways. Jeppe Hein’s benches, for example, led our expectations into absurdity, while the airplane deconstructed into a treehouse by Michael Sailstorfer poked fun at our perception. Tatjana Trouvé’s expansive installation in the chapel with its various materials fooled the eye of the viewer, calling into question the connection between the interior and the exterior as well as imagination and reality. With their sculptures and site-specific installations, Trouvé and the other artists represented in this exhibition created constructions of reality or what we assume that to be, due to our experiences and viewing habits. 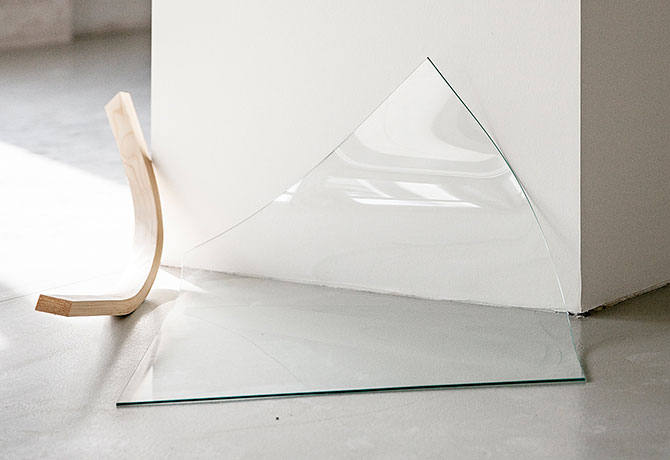