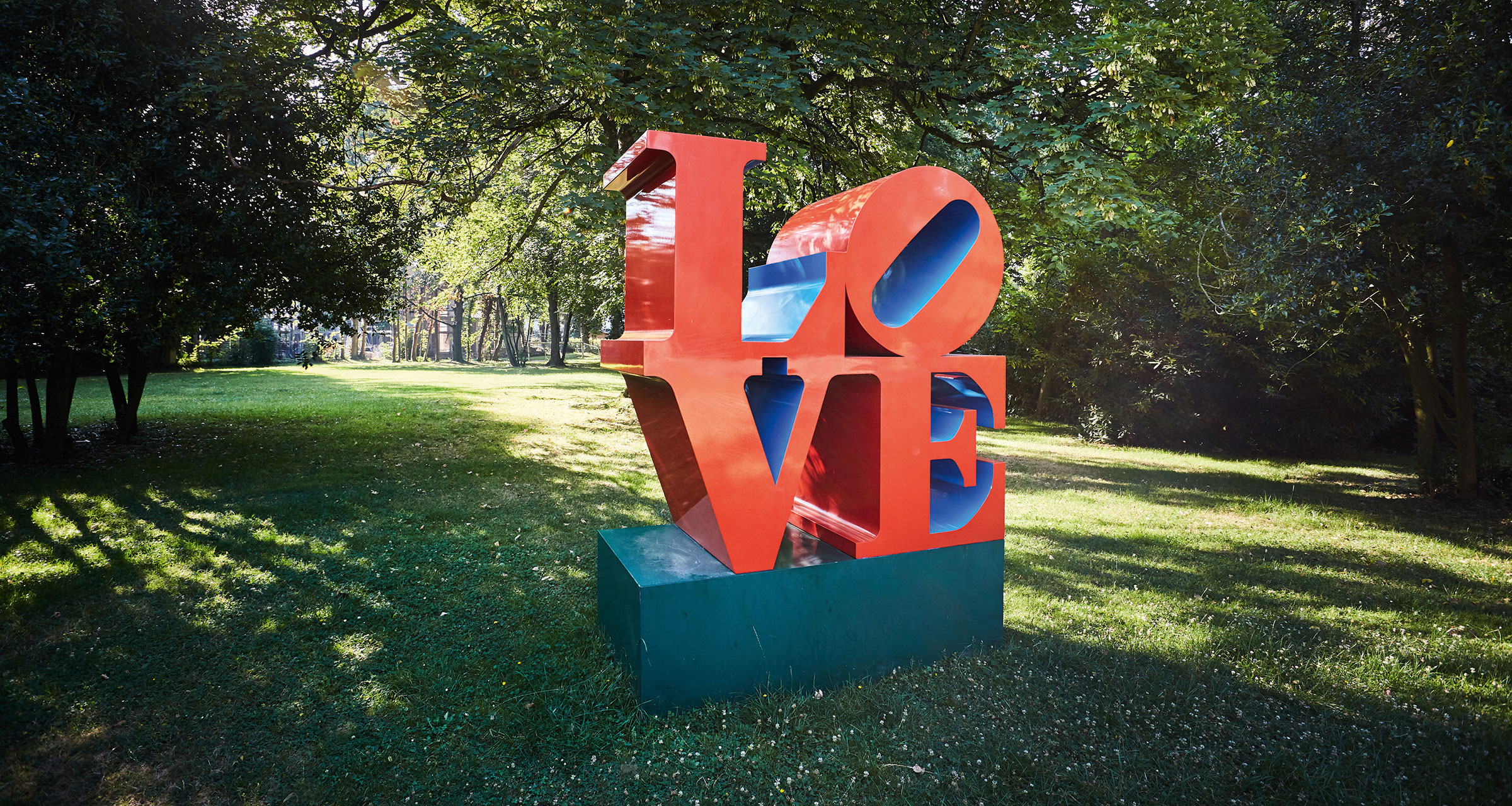 The world-famous sculpture LOVE by Robert Indiana was originally created in 1966 and counts in its formal clarity as one of the quintessential works of the American pop art movement. It has had an ongoing influence on whole generations of artists. Indiana studied art in Chicago, before he went to New York in the 50s and became part of the art scene there with friends such as Cy Twombly and Andy Warhol. Indiana became a cofounder of the pop art scene and created much more than just the LOVE sculpture. In more critical works, he dealt with the superficiality of American society and the boundaries of the American dream. He began his training as a painter and draftsman in 1942 at the Arsenal Technical High School and in 1945 he received private lessons at the John Herron Art Institute. After high school, he first became a soldier in the U.S. Army Air Corps in 1946 before beginning studies at the Chicago Art Institute in 1949. In 1953 he finished his studies and went to New York in 1954. In 1960, Robert Indiana made a pioneering discovery: He found stencils like the ones used to label transport boxes and with these he created the stencil-like lettering that became the leitmotif in his works. Thus, the characteristic signature art style of Robert Indiana was born, bringing him into the pop art circle.

Robert Indiana was born in New Castle, Indiana in 1928 and died in Vinalhaven, Maine in 2018. 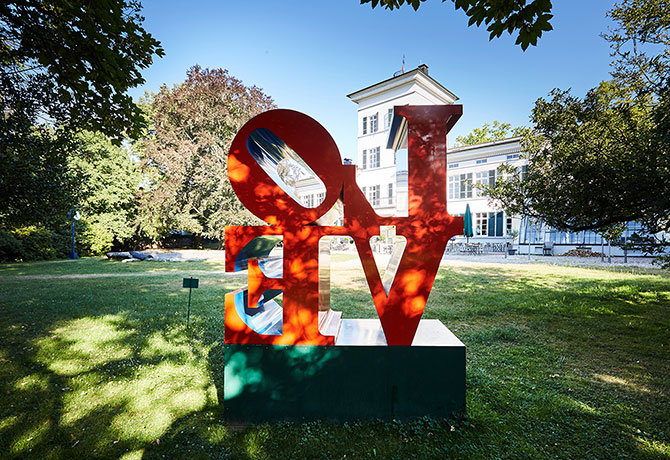