Thomas Ruff is considered to be one of the main representatives of the Becher school and the one who dares to be the most adventuresome in breaking new ground. While his early works dealt with conceptual photo series of interiors, portraits and views of buildings soon followed. Starting 1989, these works were followed by images of the starlit sky, with photos by others serving as a template. Until the middle of the 90s, he creates night images with a night vision device that is also used with a similar technique in military and spying operations. A further example of his artistic appropriation is the photo series “Nudes”, where pornographic images from the internet were changed and shifted in terms of pixel size with the help of digital image editing. Additional series were made, such as his “Photograms”, which were partly rendered by the super computer Juropa at the research center in Jülich, or his “Negatives” where historic analogue photography was digitally inverted. Common to all these works are the technical innovations and opportunities used experimentally in the most diverse ways in order to arrive at surprising visual effects and finally to question the medium of photography as an image of reality.

Thomas Ruff was born in Zell am Harmersbach in 1958 He lives and works in Düsseldorf. 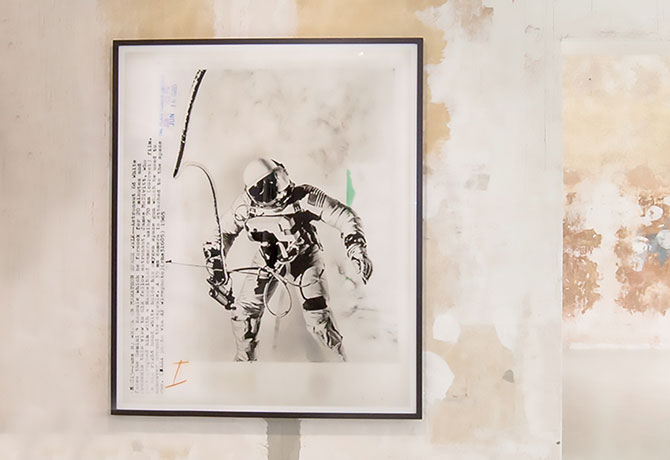